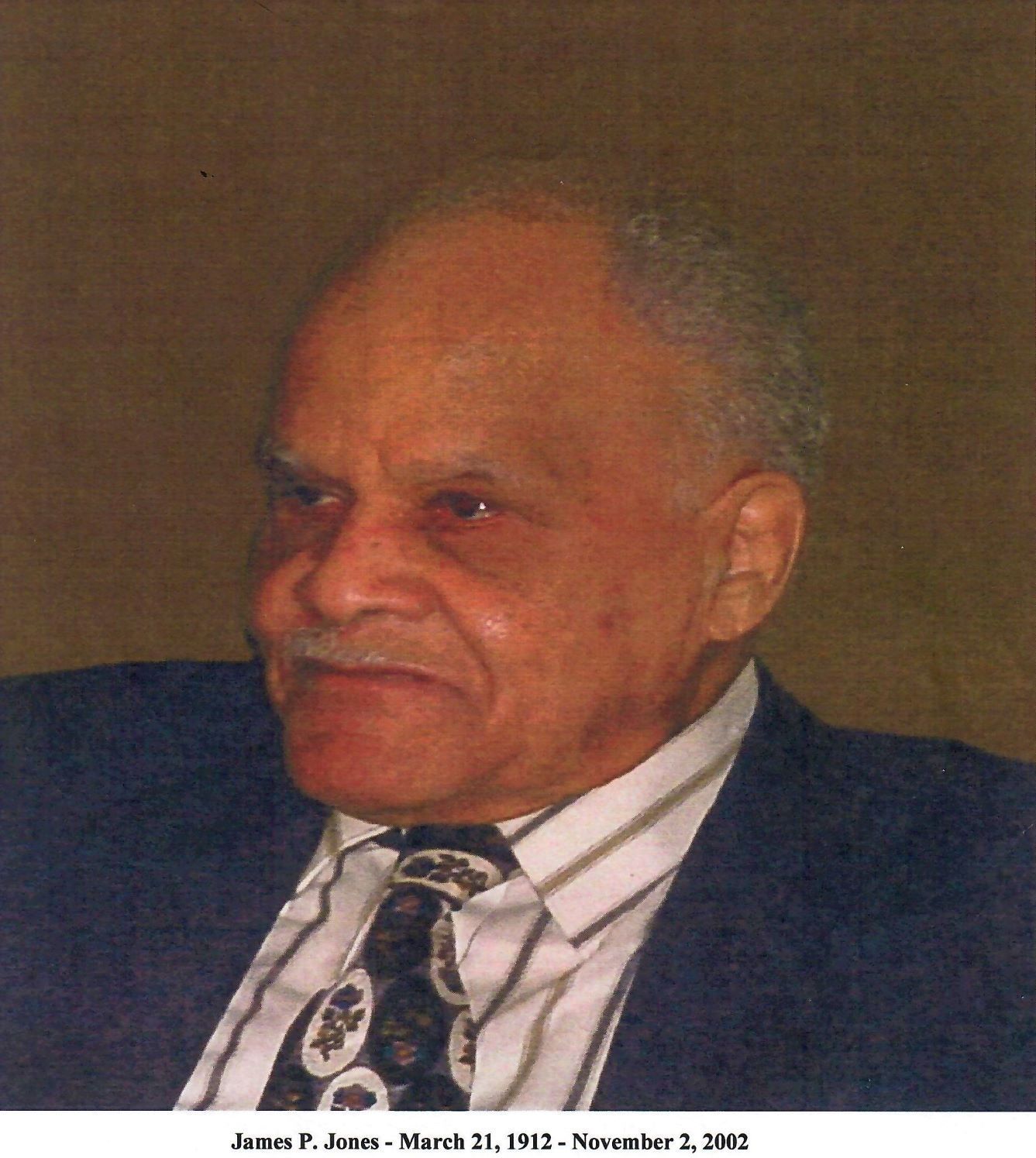 James P. Jones was born to William and Rosetta Jones on March 21, 1912 in Houston, Texas.  He was the youngest of six children, three brothers and two sisters.  He graduated from Jack Yates High School in Houston, Texas.  As a young man, he had an adventurous spirit and enjoyed traveling.  He made his way to Los Angeles, California, where he worked several jobs and found construction to be his career choice.  It was in Los Angeles that he met the love of his life, Geneva Talton.  His love of adventure and new construction opportunities in the last frontier brough him to Fairbanks , Alaska in 1951.  Geneva soon followed and they were married on August 18, 1956.  To this union, two children were born, Jerald William Jones and Genice Gradelle Jones.

"J.P., as he was known by all, worked for C&R Construction, P.K. Construction, and Laborers Local 942.  He worked on numerous construction projects throughout the Fairbanks area to include the University of Alaska Fairbanks and Eielson AFB.  After retiring from construction in the early 70's, J.P. went into business for himself where he experienced obstacles and racial injustices.  He was determined to help others avoid the obstacles he experienced and became involved in the N.A.A.C.P.

His commitment and dedication to the cause of racial harmony led him to hold the position of president of the local chapter of the N.A.A.C.P. for many years.  Despite many threats of danger to himself and his family, J.P. persevered and was steadfast in his commitment to help others.  J.P. was a civil rights activist and a strong community supporter, who was persistent in working towards the cause of ensuring racial and economic equality for all.  J.P.'s name was synonymous with the organization and he was known as "Mr. N.A.A.C.P."

J.P. accepted Christ at an early age, and upon arrival in Fairbanks, he joined St. John Baptist Church.  Although his attendance was rare in his later years, he was  a strong believer in Christ and often attributed his longevity to following the scripture, "Honour thy father and thy mother: that thy days may be long upon the land which the Lord thy God giveth thee."  - Exodus 20:12  He found great comfort and joy in television evangelism.  You could walk into his store on any given day and find him reveling in the television ministries.  (If he was not engaged in a quick nap.)

He received many awards and honors duirng his presidency of the N.A.A.C.P.  However, he was most proud and honored to witness the dedication and the re-naming of the Southside Community Center to the J.P. Jones Community Development Center in Fairbanks, Alaska, on October 26, 2002.*  He was able to see many of the fruits of his labor, including the re-naming of the Center which highlights his many accomplishments.

(Or by appointment)
Saturday & Sunday:  Closed